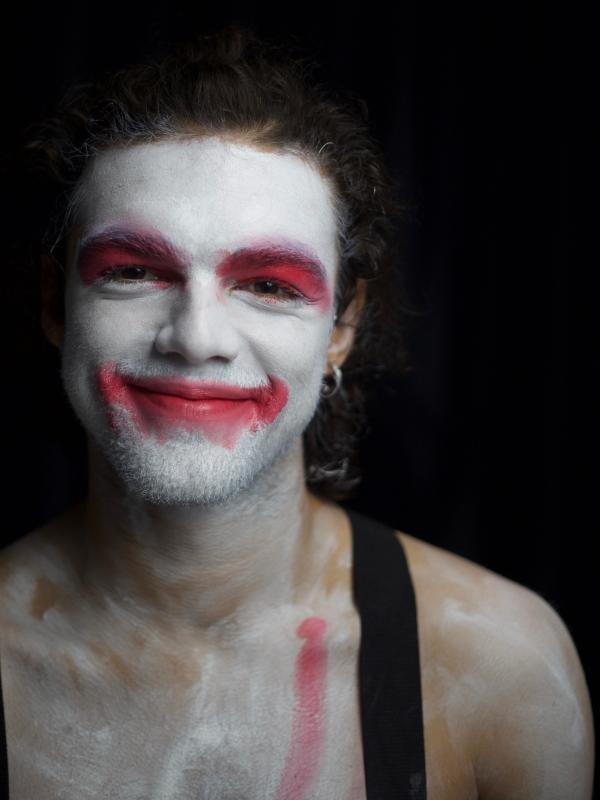 
Rui Paixão develops a work of investigation exploring new possibilities within the language of the contemporary clown and physical theatre, with a focus on artistic creation for the public space. He started his artistic career as an independent creator in 2015, where he was considered by Imaginarius the revelation of Street Arts in Portugal and winning the OFF CIRCADA prize in Seville as an emerging circus artist.

Up Until 2018, he completed 4 years of touring having performed in many countries such as Portugal, Spain, France, Germany, Holland, Scotland, Sweden, Poland and Brazil.

In 2019 he joined Cirque du Soleil in a new creation in Hangzhou, China, becoming the first Portuguese performer to join the company as an original creator (January 2019 to February 2020).